John McCallum got the job as Canada’s ambassador to China because of his political background. The clear signal to the Chinese was that the former cabinet minister could pick up the phone and speak directly to the prime minister.

In the end McCallum’s political skills failed both him and the man who sent him to Beijing.

His last call with the PM wasn’t initiated by him — it was Justin Trudeau firing him from the post.

Virtually every analyst says McCallum had to go for telling the media, not once but twice this week, that it would be better for Canada if Huawei executive Meng Wanzhou isn’t extradited to the United States.

One slip-up could be forgiven. The second could not.

“In private discussions with the Chinese he might be able to say those things,” Robertson told CBC News on Sunday. “To say those things publicly is completely counter to what the prime minister and Foreign Affairs Minister Chrystia Freeland have been saying — that this is a judicial process based on the rule of law.”

McCallum’s comments suggested just the opposite, lending credence to what Chinese had insisted all along — Meng’s arrest was political.

It’s a devastating setback for Canadian diplomacy with China.

When Justin Trudeau first met President Xi Jinping at the G20 summit in Turkey back in November 2015, Xi made a point of praising his father, Pierre Elliott Trudeau, for what he called his “historic engagement” with China in 1970.

In sending McCallum to China in 2017, Trudeau was choosing a long-time cabinet member who had overseen the process of re-settling nearly 40,000 Syrian refugees.

Yes, there were risks in appointing a politician who was never loath to speak his mind to the sensitive world of diplomacy where, as the American politician Lincoln Chafee once said, “some things are better left unsaid.” That just wasn’t McCallum’s style. He was a frequent guest on political talk shows. He was never one to duck a question. Unlike most diplomats, he never bought into the notion of talking without saying anything.

But whatever those risks, Trudeau wanted the value of appointing a highly visible cabinet minister to Beijing. In doing so he elevated China to a status that had been reserved, previously, for the most important and high-profile diplomatic posts in Washington, London and Paris. 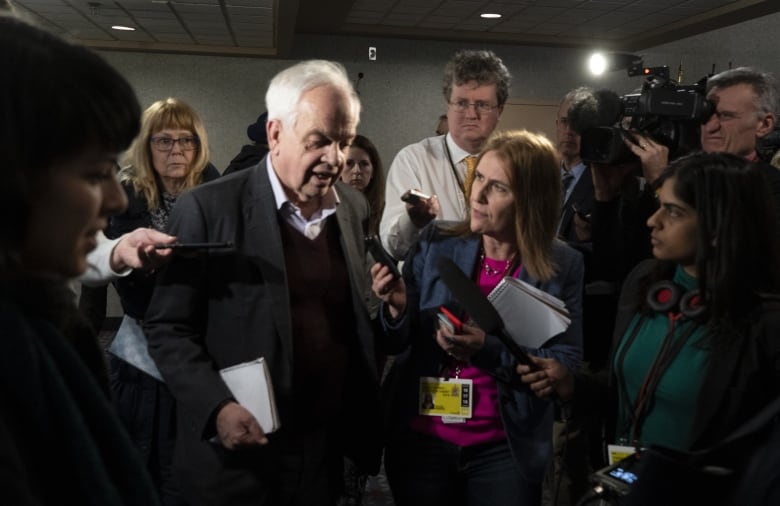 McCallum leaves a federal cabinet meeting in Sherbrooke, Que., on Wednesday, Jan. 16. He was a frequent guest on political talk shows and was never one to duck a question. (Paul Chiasson/The Canadian Press)

News reports of his appointment noted McCallum’s wife is Chinese. His old riding in Markham, Ont., is home to many people of Chinese descent.

“I need my top people to be out there engaging at the highest levels around the world,” Trudeau said at the time.

The marching order, as McCallum himself set it out, was more of everything: trade, investment, tourism, cultural ties.

Canada did secure a tourism deal with China that made it easier for Chinese tourists to visit Canada.

But the desire to commence formal free trade talks fizzled, despite the prime minister’s own visit to China in December 2017. A year later, Meng’s arrest on behalf of the United States as she stepped off a flight in Vancouver sent relations spiralling to new lows.

Choosing the next ambassador will be a delicate process

The consequences of McCallum’s departure now are serious.

Two Canadians, Michael Kovrig and Michael Spavor, remain in custody in China, accused of endangering national security, both arrested shortly after Meng was detained in Canada.

A third Canadian, convicted in China of drug smuggling, had his 15-year jail term overturned and now faces a death sentence.

“In my view, this crisis is the worst we have seen with China since we established diplomatic relations back in 1970.”

And whoever Trudeau chooses, it has to be soon. The lives of those three detained Canadians are in the balance. A successful resolution to that crisis, and to the Meng extradition, is paramount.

Normalizing relations with a powerful nation such as China comes next. That job will include communicating to China what role, if any, Huawei will have in Canada’s 5G mobile network.

The question now is where Trudeau will turn for his next ambassador.

Saint-Jacques, for one, believes the next ambassador has to have a deep knowledge of China. Others add that McCallum’s successor needs to be fluent in Mandarin, which McCallum wasn’t, and should come from the senior ranks of the foreign service, rather than the front lines of the political world.

Still others say the next ambassador must continue to have the ear of the prime minister.

It all adds up to this. The next call between Trudeau and Canada’s ambassador to China will be initiated by the prime minister again. And it will be just as important as his last.